Strategic Legal Fund grantees Commons Legal have put out a call for evidence to gather views from practitioners and to conduct pre-litigation research into the controversial measure they believe may impact on the perception of fairness in the criminal justice system. 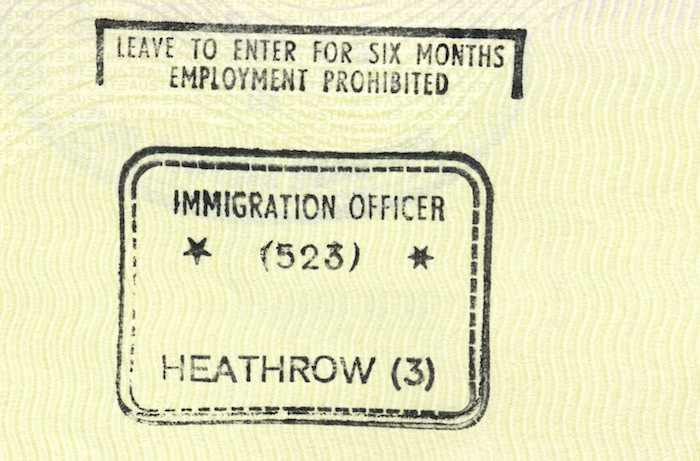 Anyone who has witnessed criminal proceedings will be familiar with seeing the defendant asked to stand and confirm their identity: name, date of birth and address. It's clear why this is necessary - the court needs to identify them and verify that the person in the dock is the person who should be in the dock. However, last year an additional question - which had not been necessary in hundreds of years of criminal justice - was asked.

By virtue of section 162 of the Policing and Crime Act 2017, as amended by The Criminal Procedure (Amendment No. 4) Rules 2017, defendants in England and Wales are now required to provide the court with their nationality. Failure to provide this information, or providing incomplete or inaccurate information, without a 'reasonable excuse' is punishable with up to 51 weeks imprisonment, a fine or both.

At first blush, this seems an innocuous additional way in which to identify the defendant. However, the government's stated purpose for a nationality requirement policy is to 'remove as many Foreign National Offenders as quickly as possible' (see here). As there is currently little political objectivity on foreign alleged criminals, this policy passed through Parliament without much scrutiny or criticism.

Recent scandals such as the treatment of Windrush migrants have begun shedding light on the encroachment of immigration enforcement into various areas of public services, causing wider concern of how the system is operating. Recent legislation has required employers, landlords, doctors and teachers to conduct immigration checks, and the new requirement continues this expansive reach of immigration control outside of immigration arenas by requiring magistrates' and judges to take on the task of border guards.

Nationality information must be provided to any court, during any stage of the proceedings, regardless of whether immigration status has a bearing on the substantive offence or issues of bail. The disclosure of this information is required under threat of imprisonment for non-compliance, despite whether the individual is ever convicted of a criminal offence, and despite whether the substantive offence results in a term of imprisonment or even carries with it a term of imprisonment. It is also retained regardless of whether the defendant is acquitted, or the proceedings are discontinued and becomes publicly available as a consequence of having been said in open court.

Defendants' nationality and immigration status is routinely used by prosecutors opposing bail and by tribunals and judges in making decisions on bail and sentencing. It has been well documented that non-British nationals are disproportionately refused bail, and disproportionately receive custodial sentences. As the Lammy Review and Amnesty International's report on police gang matrices, as well as the Ministry of Justice's own statistics have demonstrated, racial bias is a significant problem in the criminal justice system.

The requirement to identify nationality only worsens this discrimination to the further detriment of minorities' trust in the criminal justice system. For argument's sake, even if the new provisions did not make the proceedings unfair, how will it impact on perceptions of fairness? Imagine being a defendant, now required by law to confirm your nationality to a judge or tribunal, in open court. It is inevitable that you will wonder whether this information will impact how they treat you.

It is also striking to note that this mass gathering of nationality data, linked to other sensitive personal data, applies not only to adult defendants but to all children that appear before the youth courts. In 2016/17 there were 28,400 children and young people (aged 10 - 17) cautioned or convicted (see here). Although these numbers have decreased in the last 10 years, the proportion of BAME youths has been increasing, accounting for 45% of the custodial population in the latest year. Many of these young people will not receive a criminal conviction (for example, they may be acquitted, or their case may be discontinued), and even fewer will receive a custodial sentence. Yet the criminal courts are required to collect their nationality data and share it with the Home Office under the guise of deporting foreign national offenders. How can that be justified as a proportionate response?

As lawyers, we must advise defendants that they are required by law to provide this information. Defendants understandably more focused on the criminal matters at hand casually provide their nationality, and the provisions remain unchallenged. There is very limited information on how this policy has been put into practice, and no information on its current impact. It is also unclear exactly how the information is being stored and whether it is shared with other government departments.

I've often had clients misunderstand the question and provide details of their ethnicity, as opposed to nationality - this could be even more detrimental to the perception that justice is colour blind in our courts. Little is known about whether incorrect information is then retained and shared, and how the Courts expect those from stateless backgrounds to comply with the requirement.

For these reasons I'm working with Commons, the not-for-profit criminal law firm, to investigate how the requirement is being implemented and it's potential outcomes. With the support of the Strategic Legal Fund, we've set up a call for evidence to gather views from practitioners and to conduct pre-litigation research into this controversial measure which we believe may impact on the perception of fairness in the criminal justice system.

If you have any queries about the Strategic Legal Fund, please contact info@ilpa.org.uk or call 0207 251 8383.